Yesterday my peas and tomato plants looked vigorous and healthy.  Today mildew arrived seemingly out of nowhere and my plants suddenly look very ill. Where did the mildew come from? Could I have prevented its arrival? And what can I do to get rid of it? This blog post tries to answer all these questions.

What is Mildew and how did it arrive?

Even in the cleanest garden an outbreak of mildew can be inevitable. If the weather is warm and humid for a few days, and it remains humid at night, mildew that arrived in your garden via wind, windswept rain, a bee, an aphid, or a bird may get a foothold, no matter what you do.
In Tasmania we get Powdery Mildew and Downy Mildew.  Powdery Mildew is most prevalent and discussed first.  For more on Downy Mildew see later in this post.
Powdery mildew is a powdery-like coating of fungal spores that forms on both upper and under sides of leaves. The powdery coating is often white, but it can also be yellow or black. Once it has taken hold it can continue to grow even in dry conditions. Leaves can distort and fruit may fall off or not fully develop.
Food-plants affected are apple, quince, pear, peach, barley, strawberry, cucurbits (pumpkin, zucchini, cucumber etc.), grape, tomato, brassica, pea, bean, onion and paw paw.
Now, this might lead you to think that there is just one type of Powdery Mildew and that, if you have Powdery Mildew on your peas, it might spread to your tomatoes.
The reality is that there are many species of fungi that cause Powdery Mildew and most of them are specific to either one host species or a narrow range of closely related hosts.  In other words, Powdery Mildew on your peas might spread to your beans, but it will not affect your tomatoes and vice versa.
If your peas and tomatoes get Powdery Mildew at roundabout the same time then the likely cause is the weather.

Ten ways to deal with mildew

The following food-gardening practices are recommended for all gardening situations, but they are particularly useful in the prevention of Powdery Mildew:

Milk spray is made by combining water and full cream milk in the ratio 9 : 1. If Powdery Mildew is present, milk spray kills it, but interestingly, it needs sun light (NOT bright sun shine) to do this, so don't spray milk spray at dusk or after dark (for more info about this see for instance here). Give both the leaves and stems a good even coverage.
Bicarbonate of Soda spray is an effective preventive fungicide against Powdery Mildew, Rust and Black Spot. Jerry Coleby-Williams (ABC Gardening Australia) uses the following recipe: put a drop of vegetable oil and a drop of dish wash liquid in 2 litres of water and add 4 teaspoons of bicarbonate of soda (for more info about this recipe go here). Bicarbonate of Soda is not organic, but used in small quantities it is harmless.
Garlic spray is also effective against Powdery Mildew. Garlic spray is effective against small sucking insects such as aphids, larvae, slugs and snails. Soft-bodied insects can be killed outright by a strong garlic spray. Garlic is also known for its anti-fungal and anti-bacterial properties. I have not used it myself against Powdery Mildew. Here is a recipe:

There are chemical preparations that promise to completely kill Powdery Mildew. These products would all have been thoroughly tested prior to registration. I don't see any need for them as the sprays described above work in most situations and are are low-cost and organic. If you decide to use them, please adhere to the withholding periods (minimum time between last application and use in order to minimise residues) mentioned on them.

What is Downy Mildew?

The second less common form of mildew is Downy Mildew. Symptoms include large, angular or blocky yellow areas on the upper surface of leaves. See the photos below. The underside of infected leaves often appears water-soaked. When looked at closely, a grey-brown/purple-brown mould becomes apparent.

Food plants affected are mainly potato, grape, brassica, hop, onions, lettuce and cucurbits.  Downy Mildew comes in many crop-specific species, so Downy Mildew affecting your potatoes will not affect your brassicas.
Downy Mildew generally appears in late summer.  However, in 2014 in Tasmania it was reported to take hold of hop crops in November (late Spring) when there was a period of warm humid weather.
To avoid Downy Mildew it is recommended that you choose early season varieties of likely-to-be-affected crops (see above).  Prevention and treatment of Downy Mildew is the same as for Powdery Mildew.

Every year I collect pea and bean seeds from my own bushes at the end of the season and used them to sow the following year.  My crops have been fine, even plentiful, but every year I do get Powdery Mildew in my peas and beans after most of the crop has been harvested.

One of my questions when researching this subject was: am I in fact responsible for transferring Powdery Mildew from one season to the next by saving pea and bean seeds of plants that were affected by Powdery Mildew?
Margaret W, a Food Garden Group member with professional knowledge on the subject, provided the following answer:
I would keep on saving my own seed, Max.  Downy Mildew is carried over on stubble and in the soil.  While Powdery Mildew can be found on seed there is no evidence of its transmission to seedlings.  Your words about successful pea and bean crops bear this out. If seed transmission was a problem, you would not have got much of a crop.

Tank you, Food Garden Group member and entomologist Margaret W, for checking the accuracy of this blog post and supplying additional information.
Wishing you many mildew-free crops!
Max Bee

Tasmania has a number of species of Powdery and Downy Mildew that attack a range of plant species, but there are many that do not yet occur in Tasmania.  If you see a type of Powdery or Downy Mildew on a plant that you have not seen before, you might want to contact the Emergency Plant Pest Hotline on 1800 084 881 (all hours).
For more information on what to do if you think you have found an exotic plant pest see the biosecurity fact sheet available from http://dpipwe.tas.gov.au/Documents/Emergency_PlantPests.pdf
Posted by Max Bee at 10:08:00 AM

For those who are new to growing food

Find out how to set up a productive food garden and what to do every month to make it a success. 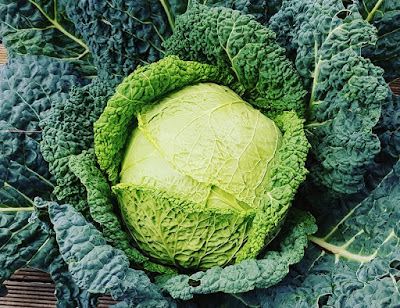 Click here to go to the 'extra' blog of the Food Garden Group. It contains recipes that make the most of food garden produce, and describes past visits to food gardens.